The terrestrial man who has influenced me the most is Dr. Wayne Dyer.

I was truly devastated. 🙁

My husband and I had a “date” to watch our favorite TV show. While I was waiting for him to join me I decided to watch some You Tube videos on our Apple TV.

My first reaction was simply with the title of the video. I thought to myself, “This better be a tribute that Wayne is getting to know about while he’s living.”

My second thought was “Yeah, hopefully that’s it because I recently wrote a tribute to him… a couple months ago, and he was alive.”

But then I started watching, heard the news of his passing and sobbed. 🙁

I couldn’t believe it, but at the same time, I had a hunch it would happen.

I have to say that the title of his last book I Can See Clearly Now freaked me out a bit. The minute I heard that title, I thought to myself, “Oh no, it better not be his last book. 🙁 ” To me, that title was saying good-bye… even though I was trying to think positive and not read too much into it. (And being the prolific writer that Wayne is, oddly enough, there is another book that’s coming out on October 13, 2015 and which you can pre-order called Memories of Heaven: Children’s Astounding Recollections of the Time Before They Came to Earth. If these two titles are not hinting at the end of a terrestrial journey, I don’t know what is).

He was in foster care as a child, but I “adopted” him as my father.

And as a result of his death, I have learned that many people consider Wayne their father-figure.

Want An Insider View At The Inspiration Behind My Latest Posts?

In the last post I published, I finished writing The Most Loving People of Our Time series in which I highlighted 20 people who were precisely that…. loving to the max.

I never mentioned it, but I got the idea to create this series in part because of Wayne Dyer…. and in part because I really wanted to honor those who focus on what really matters, which is love.

You know how people say that you choose your parents? Well… I’m almost tempted to say that I must have NOT known of Wayne Dyer before I made my selection, otherwise, I would have definitely chosen him. I know he wasn’t perfect. But as he said,

Who Was Wayne To Me In a Nutshell

There are sooo many things I could say about Wayne, but I’ll say three things:

1) He was the most Jesus-like or Divine-like being that I ever met.

2) His light shone bright…literally. Take a look at him…in this unedited picture that I took. (I just added my name). 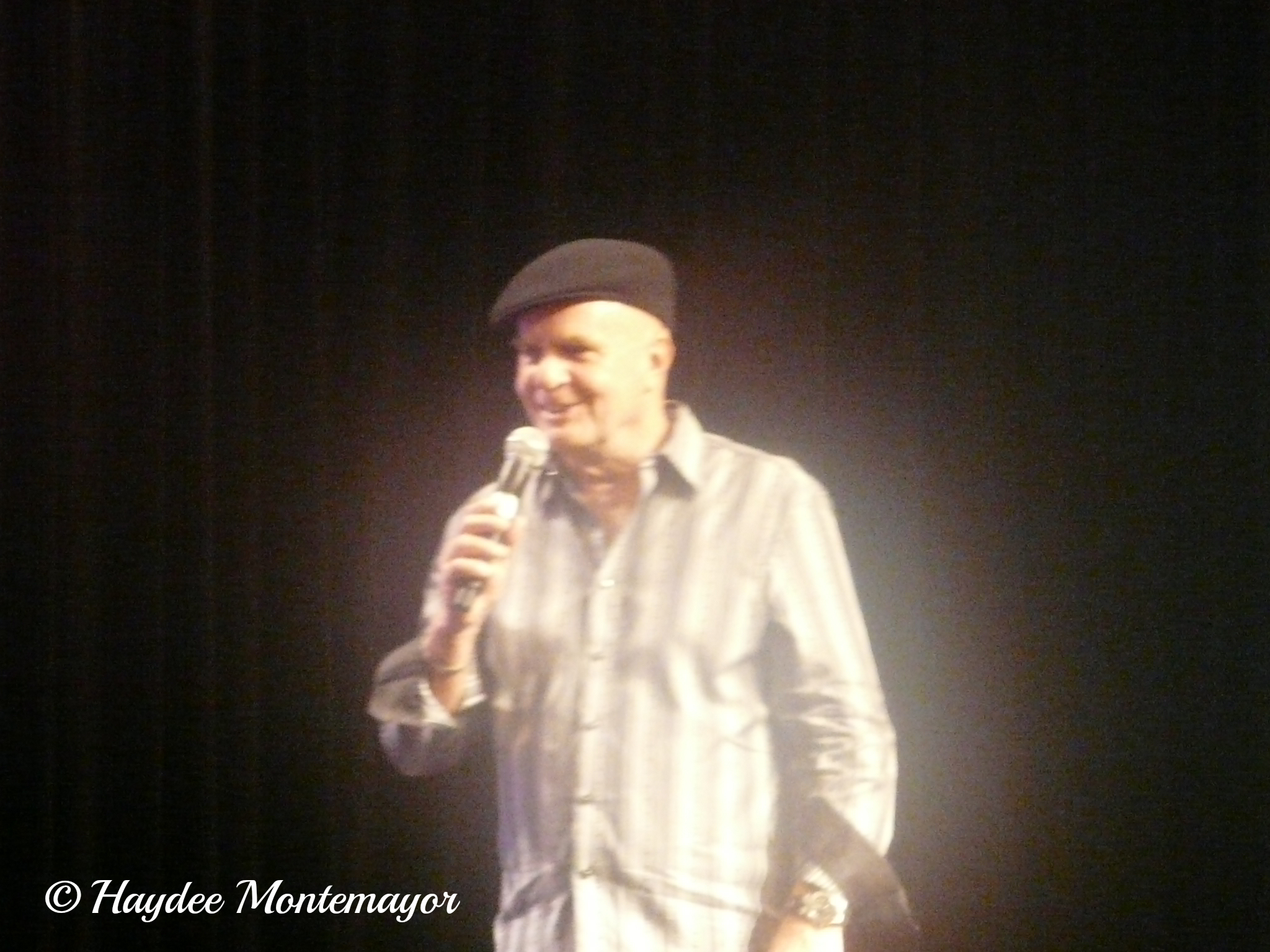 Since I thiiiiink I have started to express my admiration for him….throughout the blog several times… I want to share some interesting koinkidinks about Wayne.

There are so many to choose from, but here are my top 5:

Some Close Runner Ups Are:

If you’re going to follow your bliss and make a difference in the world, you’ll soon learn that you can’t follow the herd. – Wayne Dyer

We can only give away to others what we have inside ourselves. – Wayne Dyer

No one knows enough to be a pessimist. – Wayne Dyer

If prayer is you talking to God, then intuition is God talking to you. – Wayne Dyer

Each place along the way is somewhere you had to be in order to be here. – Wayne Dyer

The essence of greatness is the ability to choose personal fulfillment in circumstances were others choose Madness. – Wayne Dyer

You can sit forever, lamenting how bad you’ve been, feeling guilty until your death, and not one tiny slice of that guilt will do anything to rectify past behavior. – Wayne Dyer

In God’s eyes, no one on this planet is any better than you. – Wayne Dyer

Your lifetime in form is to be honored and celebrated. Go beyond your enslavement, and live fully in the now, as this is the only time you have. – Wayne Dyer

You’re here for a reason, and it’s not to hoard a lot of physical stuff. – Wayne Dyer

The universe provides abundantly when you’re in a state of gratefulness. – Wayne Dyer

All the great teachers have left a similar message: Go within, discover your invisible higher self and know God as the love that is within you. – Wayne Dyer

It’s a simple procedure to calculate the number of seeds in an apple. But who among us can every say how many apples are in a seed? – Wayne Dyer

I have a suit in my closet with the pocket cut out. It’s a reminder to me that I won’t be taking anything with me. The last suit I wear won’t need any pockets. – Wayne Dyer

What is your favorite thing that you enjoyed remembering about or learning about Wayne Dyer?

I’d love to hear your responses in the comments below.

If you’d love to watch one of Wayne Dyer’s Greatest Prides, which was his movie The Shift, you can use this link to watch it for free until September 8, 2015. If you’re reading this past this date, you can purchase your own copy of The Shift by clicking the movie title.

Also, since a lot of people around the world want to spend the month reading Dr. Wayne Dyer’s books, they have been generous enough to offer Dr. Dyer’s ebooks that were published through Hay House for $1.99. I don’t know until when this offer will be available, but if you’re barely starting your collection or if you’re finishing it, I highly recommend that you buy the ebooks. You can see if they’re available for $1.99 by clicking any of the links on this post or by any of the Hay House ebooks on this page.