Skip to content
None of us want to wait around for what seems to be “forever” to get our wants met.

So, here are my best tips for how to increase the chances of getting what you want.

The only prerequisite is that you are open to changing the way that you think.

Can you do that? Good. Let’s Get Started!

Hey, Guess What? You DO Have a Genie!

For example, instead of saying:

“You should be able to know what I want when I get all emotional like this!” say,

“I just want you to give me a bear hug and tell me that everything will be okay.”

In the example above, can you notice the difference?

You get what you want ASAP (the bear hug and reassurance) and the other person doesn’t have to think about what you want, they just bibidi-bobidi-boom give it to you. It’s definitely a win-win-for you both.

Be Okay With “No”

In life, you win some and you lose some, but in order to be in the game, you’ve gotta realize that sometimes, when you ask for things you want and you need the answer will be, “No.”

There’s nothing worse that agreeing to say something that you DON’T want to do and want to kick yourself in the butt for it. 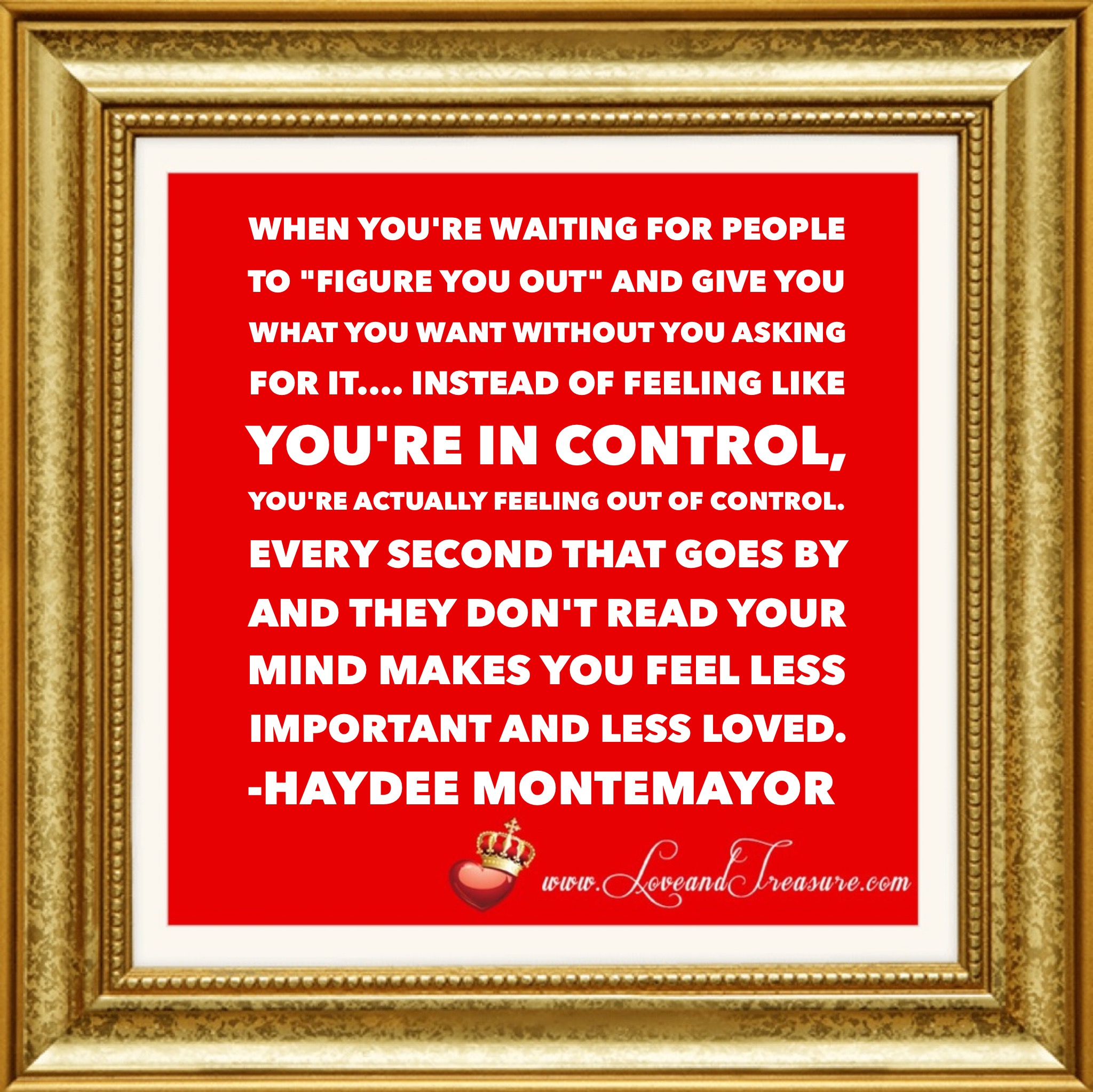 “When you’re waiting for people to “figure you out” and give you what you want without you asking for it…. instead of feeling like you’re in control, you’re actually feeling out of control. Every second that goes by and they don’t read your mind makes you feel less important and less loved.” – Haydee Montemayor

But what if you told the person what you wanted?

A) You would stop waiting

B) You would be doing something about it

D) They could give you what you wanted

Doesn’t that feel like being more in control than expecting to be surrounded by mindreaders?

Yep, I thought so.

And, the more you get into the habit of asking people for what you want, the more comfortable you’ll feel. Even if they say “no,”…. because at least you’ll get that “no” out of the way.

Plus, even if they say “no” for one thing it doesn’t mean that they’ll always say “no” for everything and forever. So, it boils down to trying.

And trying. And trying, and hopefully getting more self-sufficient in the process.

What Not To Do When People “Fail You”

In Sum, What Should You Do?

Express your needs honestly and politely in a clear way and invite other people in your life to do the same. That will increase the odds of you getting what you want and will allow you to give others what they want.

As others communicate their needs with you, you get to practice recognizing what clear requests sound like so that you can be clearer with them, too. In the end, everybody can win, as long as they continue to communicate.

When It Comes To Communication, Give It To Them Straight

Instead of focusing on all the “he said/she said” that may be going on in any relationship in your life romantically and otherwise, you gotta remember one thing that we spoke about in the prior post Fess Up, What Are You Getting out of NOT Getting What You Want? : Don’t send mixed messages.

Only by thinking about these questions and coming up with honest answers and helpful solutions can you actually increase your odds of getting what you want and what you need.

Continue on and ask yourself:

Be okay with owning what you want and what you need and proclaiming it.

Say what you mean and mean what  you say. Make sure that your actual desires are matching up to your nonverbal cues and body language.

Whatever You Do, Keep This In Mind

Your desires are what make you feel alive.

Let me repeat that, it’s THAT important:

Your desires are what make you feel alive.

They’re what make this thing called life worth it.

The older I grow, the more I believe that there are two main wills in life.

One is not better than the other. 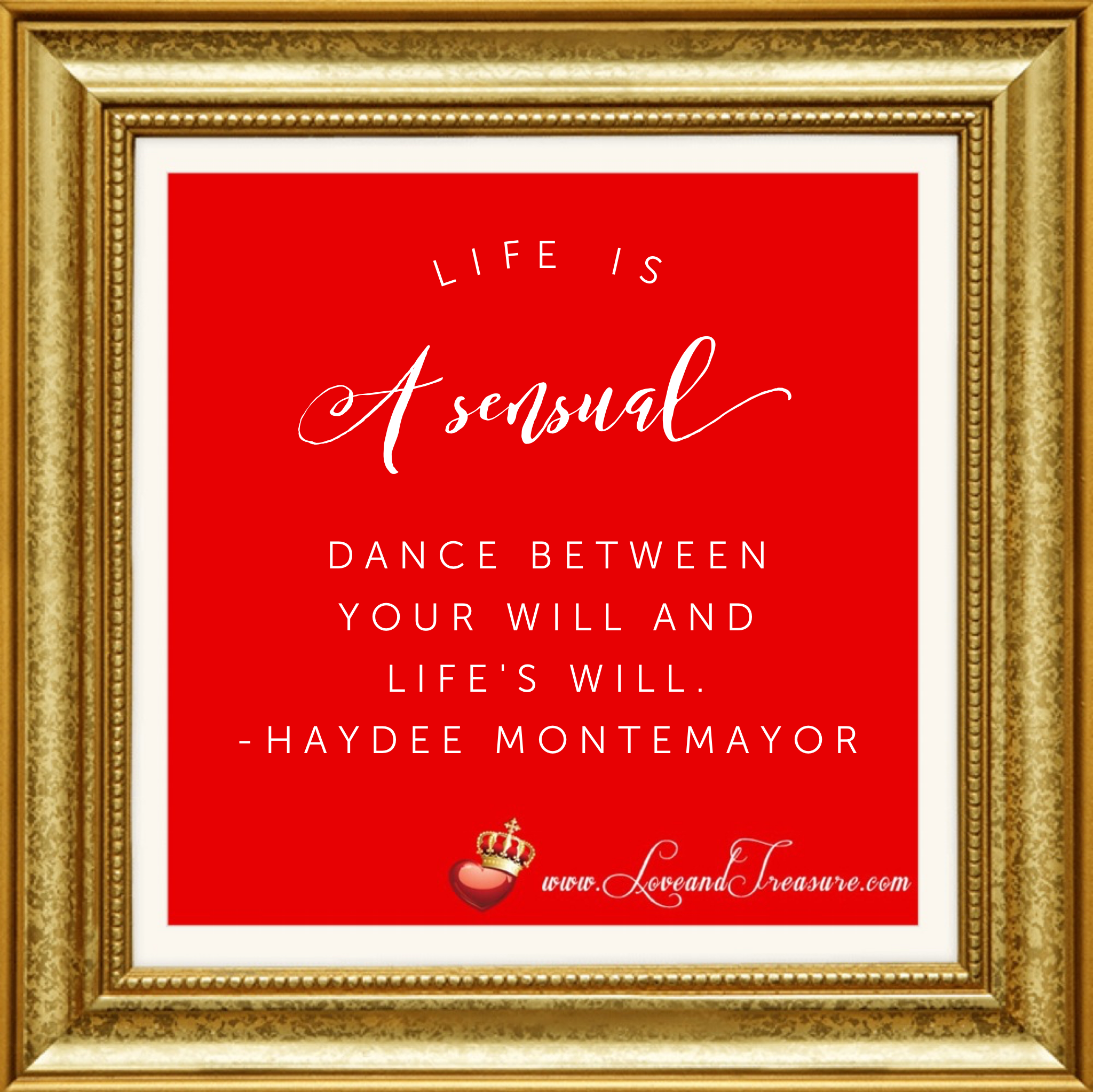 “Life is a sensual dance between your will and life’s will.”-Haydee Montemayor

And if you don’t get what you want or need it’s usually for one of five reasons (you can read about additional reasons in the prior post):

1) Life will gift you something better.

2) There’s a lesson, a blessing a gem in what you perceive to be the absence of what you want. It’s always there. Always. And it can be more than one.

3) What you want is on its way and just a little bit more patience will be key.

4) You have to work harder for what you want.

5) You have to change directions and go after a dream that will ultimately end up being much more satisfactory than the one that you want.

“What you have been able to attain and what has been denied to you PLUS what you’ve been able to choose and reject are all events that you’ll one day be able to connect the dots with and see how they formed the tapestry of your life. 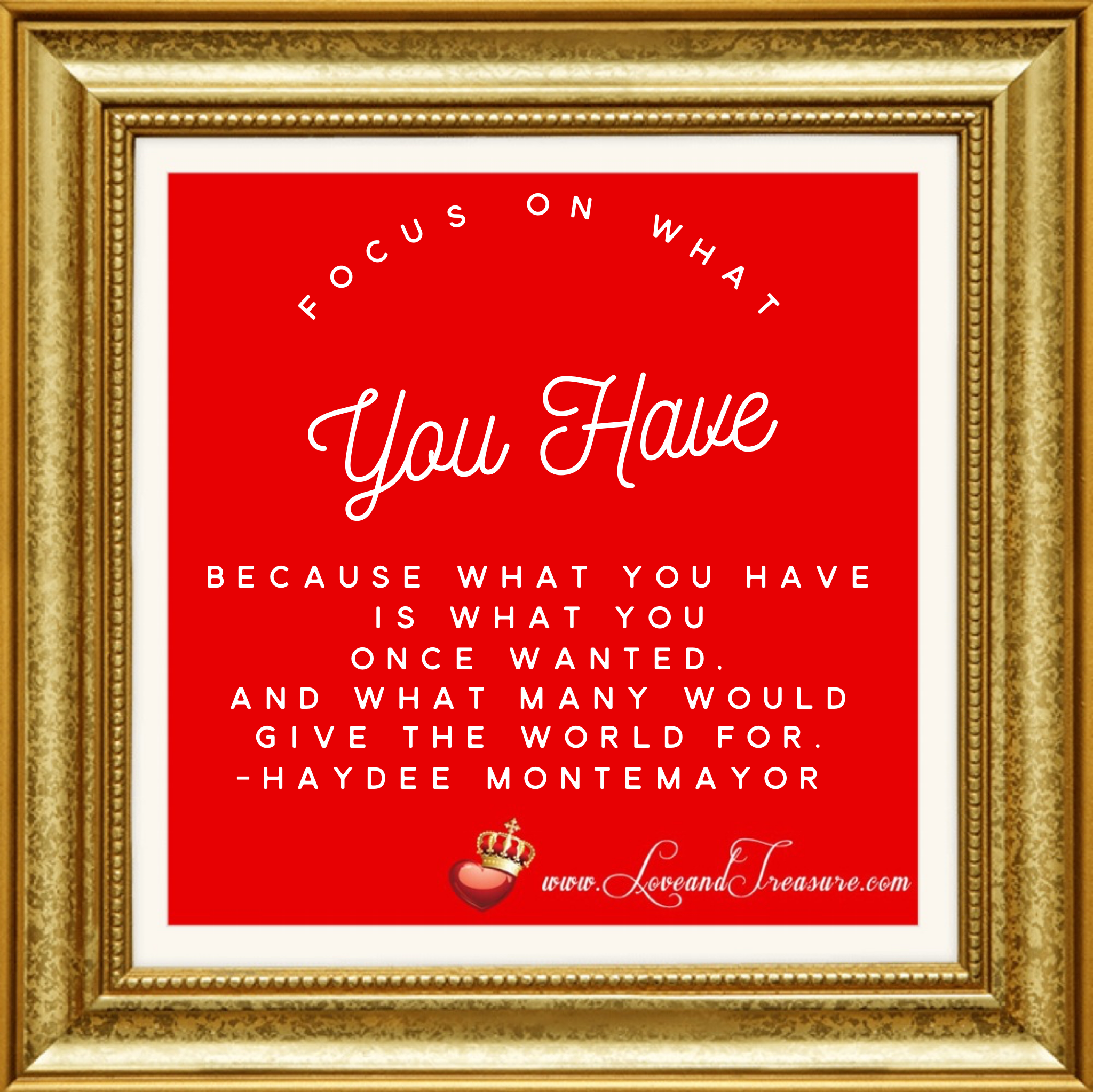 Share your experience with us. After all, you can be our knowledge genie. 😉

If you liked this post, feel free to visit the others in the series designed to teach you how to navigate the difficult waters of assuming responsibility for what you want, what you need and how to communicate those wants and needs.